Check out our podcast about a First Timer’s Guide to a South African Safari!

If you dream of seeing the Milky Way in it’s most clearest form, sipping coffee on your deck while viewing giraffe’s nibbling on a tree across the riverbed, or falling asleep to the calls of hippos snorting as they take an evening stroll out of the water, a safari may be the best vacation for you. However, before your first safari, it can seem really intimidating. From what to wear to when to go, this ultimate South African safari guide has got you covered! 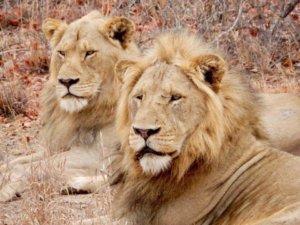 These guys were hard to spot as it was! So going at the end of winter really helped.

South Africa is in the Southern Hemisphere, meaning that their winters are our summers and vice versa. While their “winters” are neither cold nor snowy, they do tend to be dryer in the northern part of the country where Kruger National Park and adjacent private game reserves are located. Therefore, during their winter (May through September) the vegetation is scarce and animals are easier to spot. This also means that bugs are less frequent and a rain shower probably won’t interrupt your game drive. The downside is that it could be a little cooler in the morning and evenings so be sure to bring layers. We ended up going in September and it was 60 degrees Fahrenheit in the morning, but got up to 85 degrees Fahrenheit in the afternoons.

April through October is a fine time to visit as well, with some of the best bird watching and more greenery as summer begins. It does rain more, but typically the rain doesn’t last too long. The downside here is that it can be harder to spot the animals in the denser bush and it gets very hot during December through February. 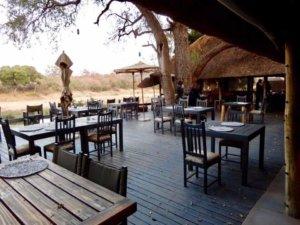 We had so much fun just sitting on the deck!

Where to Spot the Best Animals:

The Big 5 (Rhino, Leopard, Elephant, Cape Buffalo, and Lion) can be found all around Kruger and the adjacent reserves, but there are other places to spot them, and other cool animals too!

Rhino: Kruger Park and adjacent reserves and the Eastern Cape.

Leopard: We saw leopard sightings frequently during our stay in the Timbavati Reserve next to Kruger, but other than the Kruger area, they frequent the Sabi Sand Game Reserve. They can also be found at Kalahari Gemsbok National Park, Plettenberg Bay Game Reserve, Shamwari Private Game Reserve, and Karoo National Park.

Cape Buffalo: Mainly in the Kruger area, but they are also in Zululand and the Eastern Cape.

Cheetahs: Cheetahs are a little more rare in the Kruger area due to the rolling hills landscape instead of flatlands, but they can be spotted in the Eastern Cape reserves, Kwa-Zulu Natal reserves, and occasionally in Sabi Sand.

Zebras: They can be found in the mountains of the Western and Eastern Capes. They can also be spotted in Karoo National Park and can be seen occasionally in Kruger.

Giraffes: There isn’t a shortage of giraffes in South Africa, meaning you could see them in a lot of reserves. They are very common in the Kruger area, though. 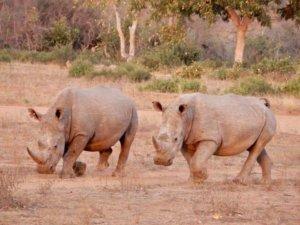 For first time safari-goers, it can be incredibly challenging to decide what to pack. I read all kinds of things about certain colors, layers, etc. Before we left, Chris went nuts and bought a ton of zip-off pants/shorts stuff on amazon and was freaking out about the color of his shoes. I get it. But it really isn’t as intense as you’d think. Considering we sat in a vehicle with an older couple who had been on at least ten safaris, she wore a bright pink plaid top and didn’t have a care in the world. But seriously, here’s what you should bring: 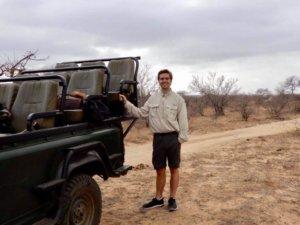 What Else to Pack:

Again, this was another thing we went nuts on. We brought way too much stuff, but what do you do when you don’t really know what to bring? Here’s what we felt was useful: 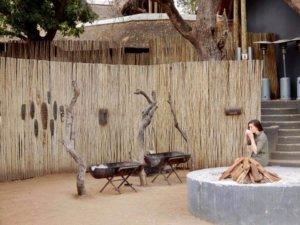 Be in the moment! This is not the time to worry about wifi or whatever else is going on outside of where you’re at and what you’re doing. The most disconnected I’ve ever been was being on safari. As the wifi was spotty, we ended up ditching the technology and truly connecting with nature. We made amazing friends that we still keep in touch with, and we felt super close after bonding day and night. It was the most incredible experience we’ve ever had and we can’t recommend it enough!

Safaris are an amazing adventure you should do at least once. As a fellow safari-goer we met said, “Safari’s are like a drug. Try it once, and you’ll always come back for more.” I couldn’t agree with her more as we are planning our next adventure.

Love this ultimate South African safari guide and want more tips? Be sure to subscribe to the blog for more updates and freebies!

Heading to South Africa? Check out these posts! 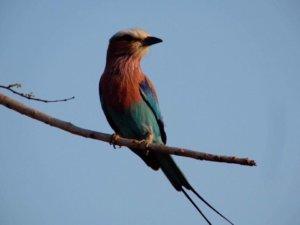 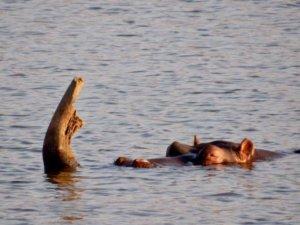 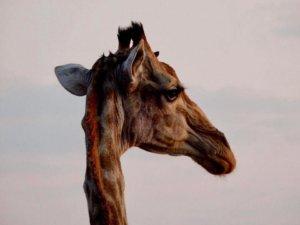 […] First-Timers Guide to a Safari in South Africa […]

[…] today’s episode, we go into detail about everything you need to know about a first timer’s guide to a South Africa safari. We talk best safari lodges and how much a safari can cost you, which reserves to stay on based on […]