Maybe you’ve been collecting miles for a long time and you’re ready to cash in, or maybe you’re just starting out. Either way, a huge question to ask yourself when it comes to figuring out where you’re going is how to maximize your miles.

At the very beginning of travel hacking, the first step is to figure out where you want to go. After that, whether it is Bali or Brazil, you’ll need a mile-earning game plan. So these are the number of airline miles round-trip you’ll need for 10 areas of the world if you’re flying out of the United States and the airlines you can cash those miles in with in order to maximize your miles.

Traveling domestically within the United States is obviously going to be the smallest use of miles. So small, sometimes, that it may be worth it to just pay cash for your ticket. My rule of thumb is to multiply the number of miles for the ticket by 0.01. If that equals the same or more than the cash price, then pay cash. If it’s less than the cash price by a lot, definitely use miles, and it is close, it’s up to you whether you’d like to pay cash or not.

With American Airlines, you can usually book a flight for as little as 15,000 miles round trip in economy and 30,000 miles for business/first. You can earn American Airline miles via their AAdvantage credit cards through Citi or Barclays.

2. Domestic US travel over 500 miles flown

This is a pretty standard rate of 25,000 miles for economy and 50,000 miles for business/first class on most carriers like American Airlines, Delta, and United.

3. Travel from Mainland US to Hawaii

For as little as 25,000 miles, you could book via Korean Air Skypass or Etihad Guest or pay 45,000 miles for business class. However, while Korean Air used to be a transfer partner of Chase Ultimate Rewards, meaning at one time you could cash in your Chase points and book via Korean Air, they are no longer a partner of Chase. So unless you have earned a lot of frequent flyer miles via flying Korean Air, or open the Skypass credit cards, which are not worth it and have little to no sign-up bonuses, you’ll probably not be able to use points with them.

Other carriers like United, Delta, Alaska Airlines, and American Airlines it will be around 45,000 miles for economy, 80,000 miles for business, and over 100,000 miles for first. Basically, if you could transfer miles and book via Etihad, that will be your best option.

4. Travel from the US to the Caribbean

Like a lot of places within the US, this will likely cost around 25,000 miles via most carriers and 50,000 miles for business. Depending on where in the Caribbean can also cost more or less. For example, to San Juan, Puerto Rico, you can sometimes swing a trip for 23,000 miles in economy by using Iberia miles (a Chase Ultimate Rewards partner), or sometimes even a flight as little as 17,000 miles via British Airways is doable. British Airways is a transfer partner of Chase and also has a great credit card of their own for US citizens. 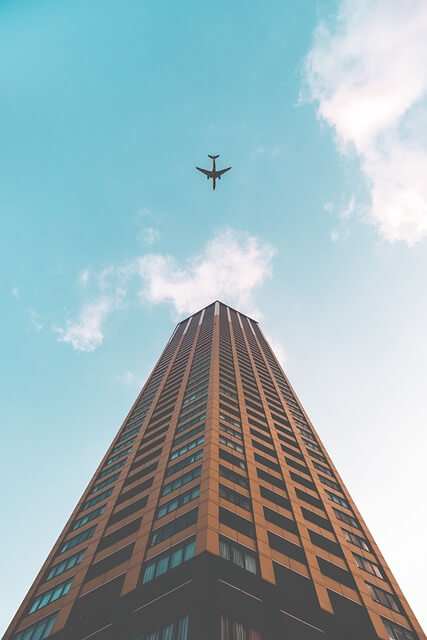 5. Travel from the US to Northern Part of South America

Okay, so traveling to the northern part of South America versus the southern part makes a difference in maximizing your miles as they are considered different regions. So to get from the mainland US to Lima, you’ll need right around 30,000 Alaska Airlines miles or 60,000 miles in business/first. You can obtain Alaska Airlines miles via their co-branded credit card.

Another option is American Airlines or Etihad for 35,000 miles round trip for economy or 60,000 miles in business/first. And for other destinations, sometimes British Airways has great deals of 30,000 miles or less.

6. Travel from the US to Southern Part of South America

To get to more southern locales like Buenos Aires, Rio de Janeiro, or Santiago, you’re looking at between 40,000 miles-60,000 miles in economy class on airlines like Alaska Airlines and Etihad (40,000 miles), or American Airlines and United (60,000 miles).

7. Travel from the US to Europe

Typically, travel from the US to Europe is almost always around 60,000 airline miles in economy, 115,000 miles for business, and 170,000 miles in first class on most carriers during various times of the year. However, for off-peak season (i.e. winter except for the week of Christmas usually), you can get flights for as little as 40,000 miles on Alaska Airlines or 45,000 miles on American Airlines. That is definitely the best way to maximize your miles: travel in the off-season!

8. Travel from the US to Southern Africa

Traveling to safari in South Africa? I’m already saving miles to go back! Sadly, there is no quick and easy way to get there, and with the following destinations, the miles prove that you’ll definitely need to save up some miles to go. For the most part, you’ll need around 80,000 miles for a round-trip economy ticket or 150,000 miles for business, and 160,000-240,000 miles in first class depending on the airline. This includes many carriers like American Airlines, Alaska, United, and Virgin Atlantic (partner of American Express Membership Rewards, Citi Thank You, and Chase Ultimate Rewards).

However, you may also be able to book via Iberia (Chase partner) or ANA (American Express Membership Rewards) for as little as 65,000 miles off-peak. 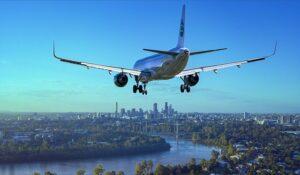 9. Travel from the US to Australia

Similar to Southern Africa, you can nab flights to Australia or New Zealand with the same airlines as above for 80,000 miles round-trip in economy, 160,000 miles for business, and 220,000 miles in first class.

However, for 60,000 ANA miles, you could do the same trip there too in off-peak season!

10. Travel from the US to Asia

And for our last and final destination: Asia. Whether you’re off to China or Vietnam, chances are you’ll be cashing in 80,000 miles in economy, 160,000 miles for business, or 220,000 miles for first class, much like the above.

However, with some destinations, you could get as little as 65,000 miles in economy, like with American Airlines miles, or even 70,000 miles for Emirates (American Express Membership Rewards partner).

While planning your travels, having a good idea of how to maximize your miles to visit a destination is key. Also, knowing how to get those miles is good to know, whether it is transferring via a rewards partner like Chase or Amex, or whether you should consider opening a co-branded airline card, like with Alaska Airlines or American Airlines. Either way, a helpful tool that I love to use so I’m not constantly searching various portals is Milez.biz. It’s a fantastic site that estimates how many miles you’ll need with various airlines for different routes. It’s not perfect, but it is a time saver and gives you a rough estimate of the miles you’ll need.

This is not a sponsor, but it is a helpful tool to use for your travels!

Ready to maximize your miles?

Love this post or want to save for later? Pin it here! 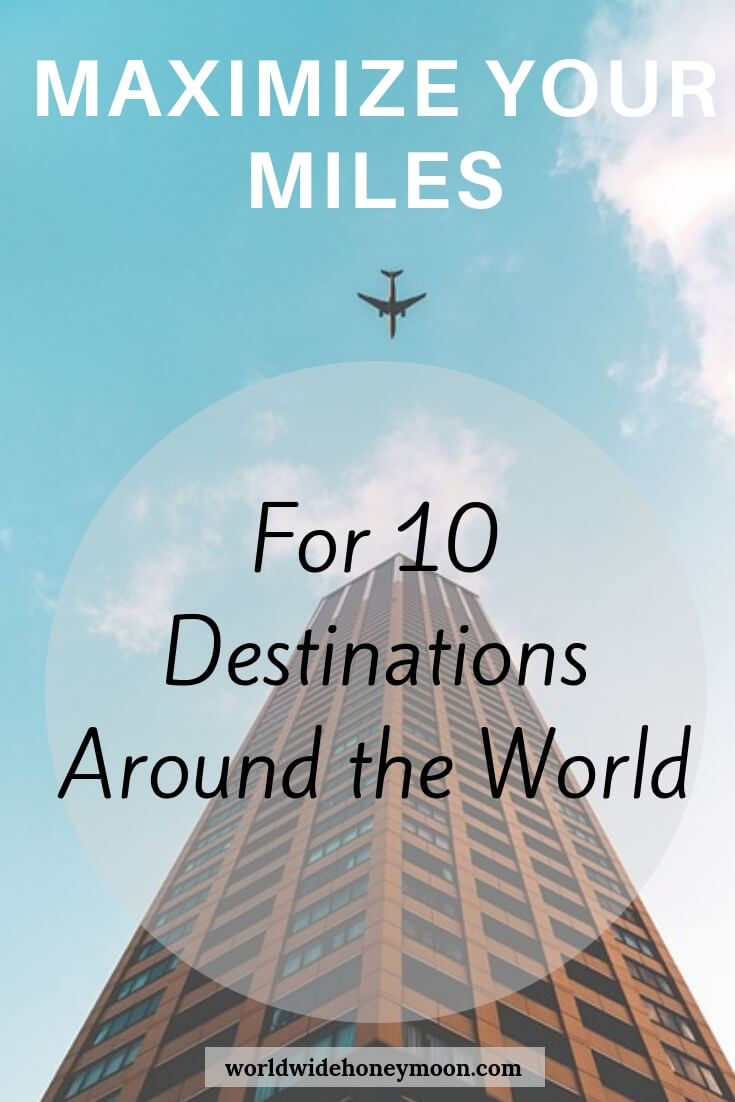 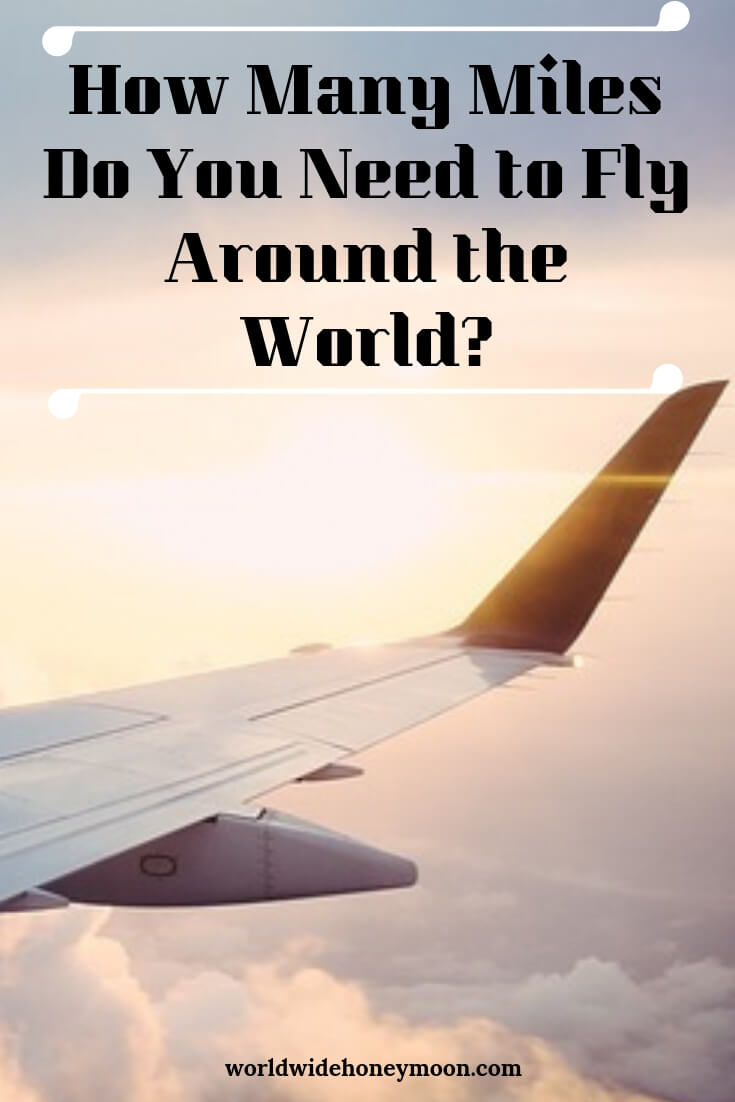 Awesome post guys. Always good to get a refresher on this stuff, and see it all in one place! LOVE IT!

Aww thanks Mike and Anne!

You are the miles master, Kat! Thanks for sharing.

Coming back to this post when it's time to use our miles and figure out our next destination!